What is an ILIT? 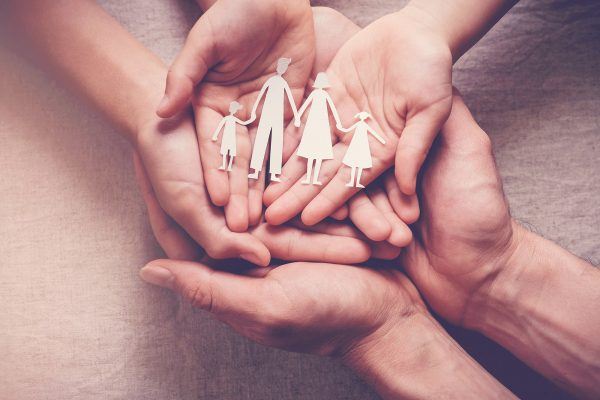 This is a part in a series of articles I have written on various types of irrevocable trusts.

Why set up an irrevocable life insurance trust (ILIT)?

An irrevocable life insurance trust (referred to as an ILIT) is a type of irrevocable trust that typically is used to own life insurance policies on your life.  Instead of you owning the policy and naming your family members as the beneficiaries, the ILIT will own the policy and the beneficiary will be the ILIT itself.  At a future date, the ILIT will collect the death benefits upon your passing, repay any loans, and distribute the money according to the terms of the ILIT.

While you customize the terms of the ILIT when it is set up, since the ILIT is irrevocable it cannot be amended, with limited exceptions.  If the trust is not irrevocable, the life insurance policy will be included in your taxable gross estate.

Because the ILIT will own the policy, it will be paying the annual premiums required under the policy.  How does the ILIT get the money to pay these premiums?

There are a few ways, but the most common method is to use the annual gift tax exclusion in order to fund the ILIT every year.  For example, under the gift tax rules currently in place, you are permitted to make tax-free gifts up to $15,000 per year to any one individual.

Once the ILIT is established, and beneficiaries have been named, you will gift to the ILIT up to $15,000 for each beneficiary named.  Normally, this does not qualify as a gift unless the beneficiary has a right to use this money.  But if the beneficiary uses this money once you gift it to the ILIT, there will be no money left to pay the premium to the insurance company.

The challenge then becomes how do you make a gift of $15,000 to the ILIT yet ensure that the gift be used to make the premium payment for the insurance policy?  Put another way, the IRS will not consider the $15,000 transfer to the ILIT to be a gift unless the beneficiary has a “present interest” in the gift (i.e., an unrestricted right to access the gift immediately).  The fact that the policy will later benefit the beneficiary does not constitute a “present interest.”

Under a court case known as Crummey v. Commissioner, the court concluded that as long as the beneficiary of the ILIT was given a notice of the gift and had a right to exercise an option to withdraw or use the gift by a certain date, that would suffice to qualify as a “present interest.”  This notice given to the beneficiaries, in the form of a written letter from the trustee to the beneficiaries, is now known ubiquitously as the Crummey letter.

The Crummey Letter is a letter that is sent to the beneficiaries of an irrevocable trust informing them that that a gift has been made to the trust, and that they have the immediate and unrestricted right to withdraw those assets.  Additionally, the letter will provide for a certain time period in which the beneficiary can withdraw the contribution (generally 30 days).  If the beneficiary fails to act on his ability to withdraw this contribution, then the option will lapse and the contribution will be used by the Trustee to pay the policy premium.  This letter essentially changes what would be a future gift into a present gift by giving the beneficiary an immediate and present interest in the gift.  Thus, the contribution (gift) will then qualify under the gift-tax exemption to the extent it is under $15,000.  If there are 4 beneficiaries, for example, $60,000 can be gifted to the ILIT (and hence, used to make premium payments).

It is important to note that technically the beneficiaries could withdraw this amount.  Obviously, the Grantor will hope that the beneficiaries will refrain from withdrawing the amount contributed as it could, and likely would, result in the policy premiums going unpaid, thus causing the policy to lapse.

It is also important to note that beneficiaries must be informed of this right to withdraw these funds (referred to as exercising their “Crummey Power”), each time a contribution to the ILIT is made in order to qualify for the gift tax exclusion.  Thus, this letter essentially becomes a form letter that could be sent several times a year to the beneficiaries.  It is requested that beneficiaries sign this letter acknowledging they have received it and understand their rights.

Significantly, a lapse of a power of appointment is a release of the power of appointment to the extent that the property that could have been appointed exceeds the greater of (1) $5,000, or (2) 5% of the aggregate value of the assets out of which the exercise of the lapsed power could be satisfied.  To the extent it’s not treated as a release, a lapse is not a transfer for gift tax purposes.  But, pursuant to IRC §2514(b), the release of a power of appointment is a transfer for gift tax purposes by the beneficiary releasing the power.  The transfer is to the trust, generally of a future interest and thus typically will not qualify under the gift tax annual exclusion.

So how does one prevent a lapse of a withdrawal right from being a taxable gift by the beneficiary?

One solution is to allow the withdrawal power to lapse only as to the amount that §2514(e) protects from treatment as a release (i.e., the greater of $5,000 or 5% of the value of the property satisfied).  The withdrawal right over the remaining amount is carried over to future years and lapses only when such lapse will not be a taxable gift.

Here are some drafting alternatives:

If the existing policy is gifted to the ILIT, the original owner of the policy must survive the transfer for 3 years, otherwise the entire value of the policy is brought back into the owner’s taxable estate.  IRC §2035(a).  This is called sometimes the 3-year lookback.

To avoid the 3-year lookback, it is recommended that the ILIT purchase the original policy from day one.

Another alternative is to effectuate a sale of the existing life insurance policy to the new ILIT.  Under IRC  §2035(d), this constitutes a “bona fide sale for adequate and full consideration” and is an exception to the 3-year lookback.  The ILIT can purchase the policies, with the owner carrying an interest-only note signed by the Trustee of the ILIT.

Owner Should Not Serve as Trustee

The owner of the life insurance policy should not serve as the trustee of the trust, as the owner is considered to have “incidents of ownership,” which would result in the IRS deeming the trust assets to be “reachable” and thus includible in the gross estate. However, you can have a spouse or adult child serve as trustee of this ILIT for an individual life policy.

The ILIT is a good vehicle to own life insurance policies outside of your taxable estate, as well as offering asset protection to your beneficiaries.