What is a QTIP Trust? 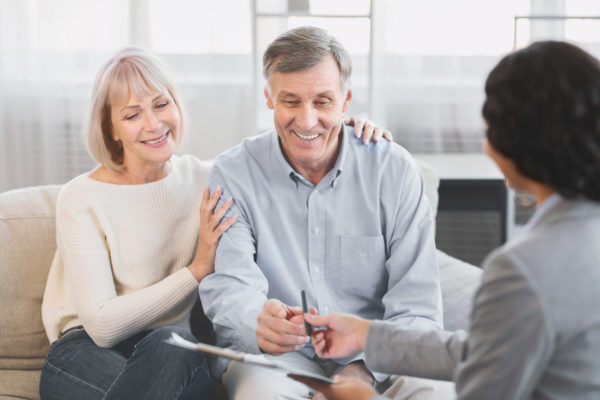 This is a part in a series of articles I have written on various types of irrevocable trusts.

It’s not the QTIP you’re thinking of!

To better understand this concept, it’s advised that you first read my article about estate taxes and then my article on bypass trusts.

The QTIP trust is a popularly-used strategy to limit potential estate taxes among married individuals, while also being able to control the destination of assets after the death of the surviving spouse.  This is especially useful for those who also have blended families, but even for those who don’t.

The A trust is known as the Survivor’s Trust or Marital Trust.

The B trust is known by many names: the Bypass Trust, Decedent’s Trust, Exemption Trust, Credit Shelter Trust, and/or the Non-Marital Trust.

The C trust is known often as the QTIP Trust or the Marital Deduction Trust.

In the article entitled “What is a Bypass Trust,” I answered why a trust would split into two trusts – the A trust and the B trust.

But why would a trust split into three trusts?

An A-B-C trust can be useful when there could be estate tax exposure.

The assets in the A trust would escape estate taxes because of the unlimited marital deduction (assuming W is a U.S. citizen).  A has total control over these assets.

The assets in the B trust would escape estate taxes because they are funded using H’s unused lifetime exemption.  These assets can grow estate-tax free (although there are some restrictions of the assets in this trust typically including the loss of step-up in basis and greater costs and administration).

The assets in the C trust are the subject of discussion here.

Prior to 1981, the terminable interest rule required that in order to qualify for the federal estate tax marital deduction, the spouse’s interest in the trust (or other property) must not terminate for any reason.  Under this rule, a life estate does not qualify for the marital deduction, and in most cases, the only kind of interest that satisfied the terminable interest rule was outright ownership.

Thus, prior to the QTIP trust, planners had two options.  First, they could leave assets to the surviving spouse in a trust, but the rights given to the spouse would terminate such that when the survivor died, the assets would ultimately pass to the children.  This meant though that there could be estate taxes due at the first death, because such a “terminable” trust would not transfer estate-tax free.  Second, they could get the unlimited marital deduction and transfer assets estate-tax free but it would also mean leaving the assets either outright to the spouse or through a general power of appointment trust, where the spouse could dictate and control the future beneficiaries of the assets.

In 1981, Congress permitted the Qualified Terminable Interest Property (QTIP) trust, which allows for the deceased spouse to pass property through a trust for the benefit of the surviving spouse, using the unlimited marital deduction (thus, estate-tax free), as well as ensuring that the surviving spouse could not re-designate the ultimate beneficiaries of the trust.

However, the conditions and features of the QTIP trust are as follows:

Let’s revisit the example above.

If the QTIP election is made, then:

However, let’s imagine that at H’s death, the estate was only worth $10 million.  Again, because it contained a Clayton Election, W has options at the first death.  She may decide to elect QTIP status for some of the assets or decide not to elect QTIP status.

For example, she may decide the following:

Therefore, the Clayton Election gives flexibility to the surviving spouse to determine what to do with the assets after the first spouse dies.  This gives a “second look” in terms of planning, using current law at the time, rather than trying to predict what the future estate tax will look like years or decades later when one spouse eventually dies.

Why Wouldn’t I Include a Clayton Election?

The Clayton Election is a good option for those who have more sizable assets but are unsure whether an estate tax will apply in the future and/or those blended families who want to ensure that assets are available to the beneficiaries without the surviving spouse changing the ultimate beneficiaries after the death of the first spouse.

Still, there are a few things to consider before deciding to include a Clayton Election in your trust: