Tax Changes Coming? What you can do…

Posted August 12, 2021 by Lalit Kundani
Home > Blog > Estate Planning > Tax Changes Coming? What you can do… 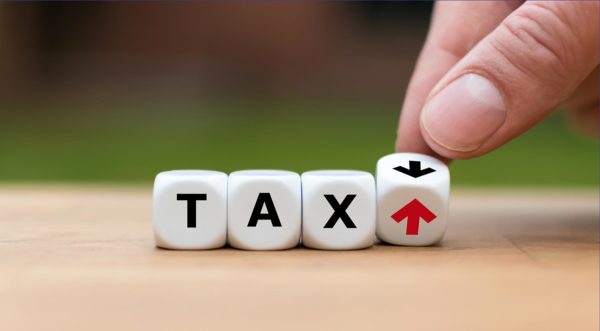 A lot of people have been talking about what President Biden’s tax plan will look like and whether there’s anything we can do now.

In April of this year, Biden released the American Families Plan, which essentially increases taxes on both corporations and certain individuals. Following this, the Treasury Department issued its Green Book, which expounds on the tax law changes.

One of the biggest changes is to what is known as the “step-up” in basis. Under current law, if you inherit an asset at death, then your basis is adjusted to the fair market value of the asset as of the decedent’s date of death. On the other hand, if you are gifted the asset, your basis is the same as the donor’s basis as of the date of such gift. There is no taxable realization though until the property is sold.

Under the proposed law, there will be a realization of capital gains to the extent such gains are in excess of a $1 million exclusion per person. It would occur at the time of the transfer (not sale), whether at death or by a gift, including transfers to and distributions from irrevocable trusts and partnerships. There are several exclusions and exceptions for certain businesses (e.g., family-owned). There would be no gain recognition for transfers to U.S. spouses (presumably citizens) or charities at death.

In addition, if no gain has been already recognized during a 90-year testing period, then gains on unrealized appreciation will be recognized by a trust, partnership or other noncorporate entity at the end of the “testing period.” This testing period for property begins on the later of January 1, 1940 or the date the property was originally acquired, with the first possible recognition event to take place on December 31, 2030. The law suggests that realized gains at death could be paid over 15 years (unless the gains are from liquid assets such as publicly-traded securities). The Green Book states the above-referenced changes would be effective for property transferred by gift, and property owned at death by decedents dying, after December 31, 2021.

President Biden campaigned on various changes to the federal estate, gift and generation skipping transfer (GST) tax system. Curiously, these provisions are absent in the Green Book. Currently, the exemptions for the federal estate, gift and GST tax are $10 million per individual (indexed for inflation, so it is $11.7 million per US resident in 2021 or $23.4 million for married US couples). Various bills by Democratic Senators seek to lower the federal estate tax exemption to a base of $3.5 million per individual and increasing the estate tax rate from 40% to 45%. Unfortunately, the absence of any proposed changes to the transfer tax system currently does not mean that such changes will not be proposed by the Biden Administration at a later date. In fact, under the current tax bill passed by the Trump administration, the federal estate tax exemption will sunset at the close of 2025.

Other Proposed Legislation: Removal of Step-Up in Basis

Key Democratic Senators have also targeted high-net-worth individuals, although not the Biden administration specifically. In March of this year, the Ultra-Millionaire Tax Act, the For the 99.5% Act, and the Sensible Taxation and Equity Promotion (STEP) Act were introduced.

Senator Sanders, at the same time, introduced the For the 99.5% Act, offers a number of sweeping changes including: (i) reduction of the estate tax exemption amount to $3.5 million and the gift tax exemption amount to $1 million (from $11.7 million); (ii) a graduated increase to estate tax rates ranging from 45% (proposed by Biden) up to 65%; (iii) elimination of certain discounts for family-owned entities; (iv) requiring Grantor Retained Annuity Trusts (GRATs) to have a 10-year minimum term and a minimum remainder interest of the greater of $500,000 or 25% of the amount contributed; (v) requiring GST tax-exempt trusts to terminate after 50 years; and (vi) changing the annual gift tax exclusion, which is currently $15,000 per individual, to limit each donor to a cumulative $30,000 annual gift tax exclusion regardless of the number of individuals for certain transfers. In addition, the For the 99.5% Act would significantly impact grantor trusts commonly used in estate planning by requiring that (i) assets in a grantor trust be included in the grantor’s estate; (ii) treating distributions from a grantor trust as gifts from the grantor, and (iii) treating the entire trust as a gift from the grantor if grantor trust status is “turned off” during the life of the grantor.

Also in March 2021, Senator Chris Van Hollen proposed The STEP Act, which seeks to eliminate basis step-up by treating property transferred by gift, in trust or upon death as sold for its fair market value and triggering immediate capital gains taxes. The exemption for any such gain would be $1 million. In addition, all “non-grantor” trusts would have to pay tax on unrealized gains every 21 years, according to the bill.

Under the Clinton Administration, there is some precedent that suggests a new tax law could be retroactive in its effective date. While this theoretically is possible, it is unlikely according to most commentators. Usually, tax legislation has generally been prospective in nature. Many of the Green Book proposals, if passed, will be after December 31, 2021. The proposed STEP Act however would apply retroactively, effective starting January 1, 2021.

What you can do now

Given the uncertainty, many people defer to paralysis: “Why do anything?” This is very short-sighted. For anyone with estate tax concerns (or those who fear a $3.5 million exemption), much can be done now to take advantage of the current heightened exemptions by implementing wealth transfer strategies, such as the following:

There are a number of strategies that can be implemented. While no one can say for sure what will become of things, the consensus is that Congress is bleeding for more money in light of the trillions of dollars spent in the past year. With the current tax bill set to sunset anyhow, the likelihood of decreased federal estate tax exemptions is probably not a question of if, but a question of when.