The best part of my days are the nights I get to come home in time and see my girls off to bed. Jiya, now 4 ½-going-on-14, has graduated from songs and has moved over to stories, and the girls and I have been addressing all the popular ones recently.

I’m sure it’s because their dad is a lawyer that Jiya & Sonam cannot see the cynicism they’re surrounded with when I read any fairy tale these days.  Something is terribly wrong with children’s stories.  No joke!

Now, we all know the story.  On its surface, it’s a good life lesson for kids to learn. Hard work is an investment and goes a long way in life, while any type of shortcut almost always has a way of catching up to us. Work hard first, play later, as the elder pig tried to teach us.

But the way I see it, the 3 Pigs is a far deeper tale, trying to explain to youngsters the pitfalls of bad estate planning.

A few years from now, if I do it just right, I envision that both my girls will be able to have the following conversation with their teachers:

Teacher: Who can tell me the lesson learned from the 3 Little Pigs?
(Sonam raises hand)
Teacher: Yes, Sonam.
Sonam: The moral of the story is to get your estate plan done right.
Teacher: I beg your pardon?
Sonam: The 3 pigs represent different ways of doing your estate planning. The first pig wasn’t serious at all, so he built his house from straw. That’s like having no estate plan — so when the Probate Wolf came to his door, he had no protection and the Wolf took everything.
Teacher: Ummmm, that’s the first time I’ve ever heard that before. Who told you that?
Sonam: My dad.
Teacher: I see.
Sonam: And the second pig built the house of sticks.  That’s like writing a will – so it’s better than a house of straw, but it’s still not going to protect you from the Wolf.  Which is why the 2nd pig also lost everything to Probate.
Teacher: Sonam, I really don’t know what to sa–
Sonam: So, that leaves the last pig, who built a house of bricks.  He’s the smart pig because the bricks are like a trust. When the Probate Wolf came after him, he huffed and he puffed, but Probate couldn’t get the house. The family was safe because the older pig took the time to plan.
Teacher: Yeah, I need to have a word with your dad.

Here’s the thing.  We don’t know when the Big Bad Wolf will come to our doorstep, but we all know that he will come one day.  And when he does, we also know that straw homes and stick homes will not keep our loved ones safe.

So take it from my kids.  Go build those brick homes.

To your family’s success,

p.s. What’s up with these fairy tales for kids anyways, dripping with depravity and malfeasance?  The 3 Little Pigs might come off sympathetically as regular homeowners simply standing their ground, but watch this advert from the Guardian below and then tell me it’s not a story about greed and conspiracy to commit insurance fraud. 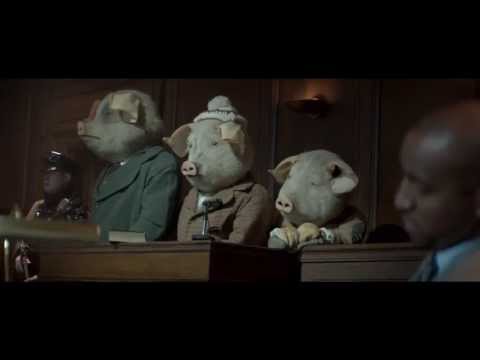 Variety is the Spice of… Commercial Leases April 18, 2019
BIG changes coming to your Retirement Plans! What you need to know about the SECURE Act. May 27, 2019