What happens when a beneficiary dies? 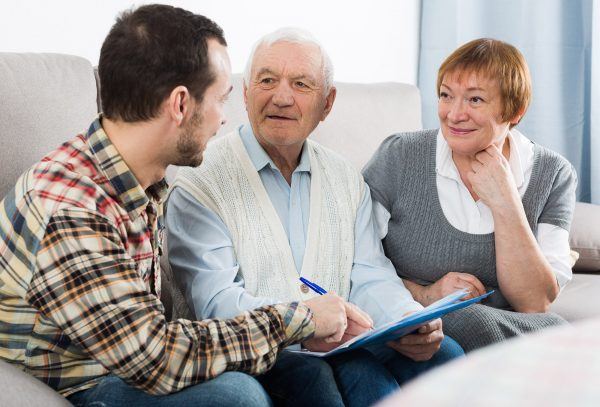 When a Beneficiary Dies

“When the RMS Titanic sank into the icy waters of the North Atlantic, one of the lesser-known problems it raised was how to handle the estates of married couples who refused to part as the ship went down. Several women chose to remain with their husbands on board the ship instead of getting into a lifeboat, and many of these couples had left everything to each other in their wills. This left it up to the courts to untangle some thorny estate-planning issues — namely, which spouse died first.”

Car accidents, plane crashes, natural disasters, plagues — truth is stranger than fiction when it comes to the different ways in which multiple family members pass away around the same time.  Estate planners know this as the “Titanic clause” in an estate plan — and it comes from Ida Straus’s famous refusal to abandon her husband, Macy’s department store co-owner Isador Straus, and leave the sinking ship. The elderly couple died together on the Titanic that fateful night.

In fact, Hollywood can attest to similar tragedies as well.  Zsa Zsa Gabor’s son died a week after she did.  Carrie Fisher died of a heart attack and her mother Debbie Reynolds passed away a day later.  Kobe Bryant and his daughter Gianna died together in a freak helicopter crash.

On the surface, what all these stories have in common is that it’s important to get your planning done.

But on a deeper level, these “atom-bomb” or Armageddon scenarios also create unique challenges if not anticipated.

Let’s go over 3 crazy scenarios that will cover what happens if a beneficiary dies at the same time as a loved one, beforehand, and then afterwards.

For starters, this case will wind up in probate because the couple did not create a trust.  Furthermore, the law here is both twisted and methodical.  Here, the order of the deaths matter.  Did Gloria pass away first in the plane crash and then Tony?  If so, Tony survived Gloria (even momentarily by seconds) and thus his child will inherit the assets, leaving Gloria’s children with nothing.  However, if it can be proven that Tony died even seconds before Gloria in the crash, then he predeceased Gloria, in which case the transfer to Tony would lapse and revert back to Gloria’s children.

Many people find this offensive and unfair.  Why should inheritance come down to who lived longer by just a few seconds or minutes or even hours?  And the difficulty of proving who died first in these scenarios is sometimes impossible (although many experts will tell you otherwise).

Therefore, states like California have put certain restrictions in place for these kinds of arbitrary outcomes.

So, let’s go back to our example.  If Tony survived Gloria for even a few hours, and then died, California Probate Code §6403 requires that Tony’s family provide “clear and convincing evidence” that Tony survived Gloria by 120 hours.  If this cannot be proven, then the law classifies both deaths as simultaneous, which effectively means that neither is deemed to have survived the other.

What does that mean?

If Tony survived at least 120 hours (5 days) after Gloria and then died, his child alone would inherit all of Gloria’s assets.  On the other hand, if Tony died 119 hours or less after Gloria died, he is deemed to have died simultaneously with Gloria, and the outcome can vary, but likely what would happen is that ½ of the assets would revert to Gloria’s children and ½ of the assets to Tony’s child.

What a difference an hour can make!

A robust trust can avoid such an arbitrary outcome.  Simultaneous death clauses between husband and wife can specify which spouse should be deemed to have died first, and this can be an important consideration for estate taxes and the ultimate direction of the assets.

For example, let’s say Gloria and Tony are married and have children in common.  Let’s say they have $14 million in assets and they created an online trust. Then both of them die simultaneously in a crash.

Normally, if Tony had survived, the unlimited marital deduction would apply, and everything would be exempt from estate taxes.  Tony would file for portability for Gloria as well, which allows him to use her unused exemption of $11.58 million in 2020.

However, if the order of deaths cannot be determined, then neither spouse can pass to the other. The result? Everything will pass to the children, but subject to estate taxes, perhaps because only one unused exemption may be used here (or maybe none – it is unclear how the IRS would apply portability to simultaneous deaths).

So how can you avoid this sort of scenario? In this case, the simultaneous-death clause could dictate that the wife is deemed to have died first so that her estate will be transferred to her husband’s estate before it is dispersed, thereby dramatically reducing the amount of estate tax that is paid.

A simple provision like this can go a long, long way!

The law would dictate that because the child survived 120 hours or more, their share of the interest stays with their heirs.  However, this would mean a probate for the grandchildren, not to mention the administration of the grandparent’s deaths as well.  Therefore, it’s important to protect the estate of a decedent from passing through multiple estates of children, who may also perish in the same tragedy as their parents. By requiring a child to survive a parent by a reasonable length of time — say 30 days — in order to be an heir, those children not surviving for the required time period will not be heirs of their parents, and will not have separate estates to be administered and possibly taxed, as well.

Mike writes a will, leaving 65% of his property to his girlfriend and life partner, Cindy. The remaining 35% Mike leaves to Rhonda, who had been married to Mike’s uncle.  Rhonda dies before Mike.

Mike does not update his will, and then he dies.

Cindy claims that she is entitled to the 35% that went to Rhonda because Rhonda died and she is the only other beneficiary.

Rhonda’s children claim they are entitled to it because it belonged to Rhonda, and they should come next.

Mike’s children – who were written out of Mike’s will – claim they are entitled to the 35% because they are his children, and next of kin.

California Probate Code section 21110, known as the anti-lapse statute, states that the distribution to Rhonda would not lapse even though she predeceased Mike, and instead would go to her biological children — so long as Rhonda and her biological children are the “kindred” of Mike, related by consanguinity.  Here, Mike and Rhonda are not blood relations, so under the anti-lapse statute, the gift lapses again and reverts back to Mike’s estate.

So we can eliminate Rhonda, but keep in mind that if Rhonda was Mike’s sister, her children would inherit under the anti-lapse statute.

Between Mike’s children and Cindy, it’s going to be a fight.  Both have rightful claims in a way.  The children because they are next of kin.  Cindy because she is a residual beneficiary and if a gift lapses, it should go back into the residuary pot.

When we write trusts, we can choose to honor the anti-lapse statute or we can choose to “turn it off.”  Most of the time, I prefer to turn-it-off and have our clients tell me directly what they want to see happen in each scenario.

Tammy has children from a prior marriage.  She also has a life insurance policy where she named her husband Joe as the primary beneficiary and then listed her children equally as contingent beneficiaries.  Tammy dies on November 1st.  Joe dies on December 1st.  Who gets the life insurance proceeds?  Joe’s children or Tammy’s?

Instead, had Tammy created a trust and named the trust as the primary beneficiary, that could have solved the problem right from the beginning!

Sadly, many practitioners and most online software programs will never go into these levels of detail and if they do, it’s generally a one-size-fits-all approach.  Nothing about the gravity of these topics can warrant such apathy.

A customized trust goes a long way in making sure these arbitrary outcomes don’t occur.  Instead, a trust will override state law in designing specific outcomes of what should happen in these befuddling scenarios.  A comprehensive trust will also include customized survivorship deferrals, contingent beneficiary clauses, simultaneous death provisions, and anti-lapse clauses.  Moreover, naming a trust as a beneficiary will obviate the disaster outcomes that await when you settle for simply naming one individual as a beneficiary.