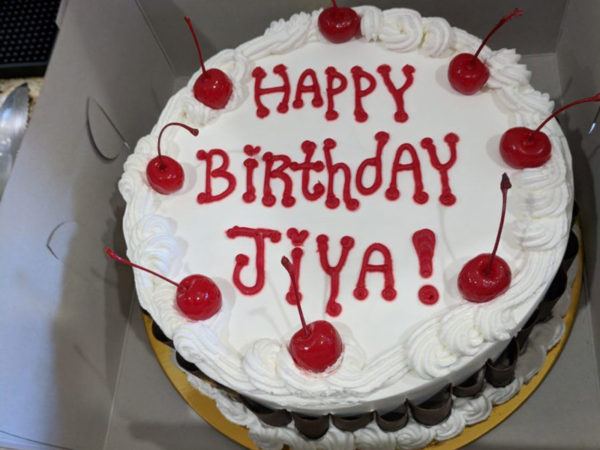 As of this past January, Jiya has revolved around the Sun 3 times and Sonam already a quarter turn.  As Jiya aptly says, “I growed up, Papa.”  Recently, she’s been asking how old I am, and when she hears me repeat a number that’s higher than what she can count to (currently she tops at 30), she just changes the subject.  I’m suddenly wishing she never learns to count that high.

Sonam has stolen all our hearts, including Jiya’s, which we were not expecting this soon. Jiya already is a vociferous advocate, playing the role beautifully of an overprotecting sister.

When I ask her if I can eat baby sister all up for dinner, she gets angry at me and screams. “No!  She’ll get hurt!  Say sorry to her Papa!”  (As they say, you protect what you love.)

For our firm, the year started off with a bang.  In December, we were named by the National Advocates as a Top 100 law firm when it comes to our approach to estate planning.  That was pretty cool, until mid-January, when we were also named as Southern California Super Lawyers in the field of estate planning, which is an award given to us essentially by our peers and competitors, who vote on it.  To know that we earned that level of respect within the legal community is a tremendous honor, and a testament to how we’ve always tried to serve our business and estate planning clients fully and faithfully, something both Adam, I, and our entire firm take seriously.  We are lucky to have such amazing clients and friends, and to be able to watch their families grow alongside ours brings us immense joy.  To cap the month, we also brought onboard a (fellow) UCLA graduate, Sherri, who works as an Administrative Assistant in the Orange County office.  Our firm family is growing!

Another big move this year for some of our clients was the passage of the 2018 tax bill, and we were anticipating that for months.  The main shift involved the changes to the estate tax and the reduction of the pass-thru taxation rate.  We always try to keep our clients informed with any major shifts in law, so I’ve taken a moment to write on the estate tax changes in this month’s blog post.  I’ve also written a piece reminding anyone who owns a home why they need to put it in a trust.

But the greatest sense of fulfillment came from serving a unique client whom we had the pleasure of meeting a few years ago.

They were twin boys who were 6 years old and they were enrolled at a summer school program at a museum in Pasadena.  You may have heard of this on the news.  On July 28, 2015, an 85-foot tall Italian Stone Pine tree (and 60 feet wide) came crashing down around 4:30p.m., at the same time the classroom of young children were waiting outside to get picked up from school.  In an instant, several school children were trapped underneath the tremendous weight of the pine. One of them critically injured was the older of the twins, whose leg was crushed badly beneath the tree.  While certain parties rushed to put out reports abdicating responsibility for the upkeep of the tree, our firm was contacted personally by the family who was positive that there was more to the story.  Though Adam and I have shifted our concentration away from litigation substantially, when we believe a case should be litigated, we are determined to see it through.  This was such a case.  So, in 2015, our firm, and my former colleagues at my previous firm, co-counseled to file a lawsuit in the matter and pursue justice against all responsible parties who failed in maintaining the tree and ignoring the warning signs of decay.  Two years of finger-pointing later, justice was finally served and we were able to secure a settlement award for our clients and the other children involved.

No parent plans that a tree will fall on their child.  No spouse plans that her partner will become permanently incapacitated by the end of the day.  No family anticipates that a gunman will open fire suddenly at a concert, restaurant, or school.  But Adam and I have seen this ugliness thru different lenses: from our time representing victims of crime, to the civil side representing victims of negligence, to the estate side representing families whose loved ones pass away.  After two dozen years combined, one thing is certain, as King said: “Our lives begin to end the day we become silent about things that matter.”

As people who have “growed up,” we owe it to these kids to make their world safer.  And we need to protect what we love.

To your family’s success,

The Best and Worst Way to Own Your Property February 17, 2018
The Opportunity of a Lifetime, Literally… February 21, 2018